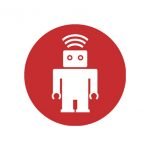 Apprentice.io offers a 3-month paid apprenticeship rather than a traditional classroom learning course and is locatied both in the United States and Europe (London and Stockholm). The apprenticeship is designed for intermediate developers and designers looking to advance in their career. Students will learn Git, Github, SASS, Python, SQL, HTML, HTML5, CSS, and JavaScript. Enrollment is open every year, but vacancies are limited and the application process is stringent. A background in fundamental web and mobile development is expected of prospective applicants, especially Ruby on Rails, JavaScript and HTML. Apprentice.io has a rolling admissions process, but space is limited and vacancies tend to get filled up quickly. Apprenticeships are offered in Austin TX, Boston, MA, Denver, Co, New York City, Philadelphia, Portland, OR, Raleigh, NC, Stockholm, SE, and London, UK. Apprentice.io offers a paid 3 month apprenticeship where studnets work with designers and developers on real projects. Apprentices are paid, W2 employees of thoughtbot. The pay is $500/week and includes health insurance and other benefits.
In the apprenticeship, students will learn Git, Github, SASS, Python, SQL, HTML, HTML5, CSS, and JavaScript. Enrollment is open every year, but vacancies are limited and the application process is stringent. A background in fundamental web and mobile development is expected of prospective applicants, especially Ruby on Rails, JavaScript and HTML. During the 3-month apprenticeship, students will work alongside designers and developers at thoughtbot on projects, and will be assigned a Mentor who will be the student’s primary instructor. Students will also work on special projects designed to give apprentices additional time and training in the areas they most need.
Each month, apprentices will move to another mentor and different team. This rotation system is geared to enhance the learning process by exposing students to new projects and new people, but will also allow students to reapply what they’ve learned in a new context. In the final month, if things have gone well, apprentices will be promoted to a full designer or developer at thoughtbot. Alternatively, thoughtbot will connect successful apprentices with other potential employers.

Reach out to bootcamp for financing options

The goal of students apprenticeship is to learn and get to the level where they will be promoted to full thoughtbot developer or designer. The apprenticeships are not a junior role. The majority of people who join thoughtbot as an apprentice leave a job working as a developer or designer to join the company. However, because it is such a high bar, even people who have been working in the industry for many years may not make it through the interview process.

CodeCraft School Bootcamp Info CodeCraft School is an in-person only coding school located in Boulder, Colorado that offers both full-time and part-time options to better